Alabama and Charlie Daniels DRAW(L) A Crowd In Augusta

Alabama, the legendary country group, came to Augusta, GA at the James Brown Arena on Friday night for a stop on their 2016 Southern Drawl Tour. This tour is in support of Alabama’s new studio album of the same name, after their lengthy hiatus. To make this tour even better, the legendary Charlie Daniels Band was the opening act.

The Charlie Daniels Band came out first and started with “Southern Boy” and the up-tempo “Drinkin’ My Baby Goodbye.” 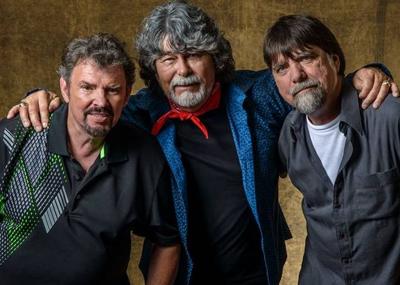 Daniels gave a speech about how he has adapted to new technology over the years. He mentioned that he finally joined Twitter and faces a lot of detractors on there. Daniels said he replies to those people by saying, “For all you folks that call me a redneck and a hillbilly, I’ve got two words for you. Thank you!” They then went into “(What This World Needs Is) Is A Few More Rednecks.”

Daniels told a patriotic story about the armed forces. He said, “Only two things protect America: The grace of almighty God and the United States military.” Daniels dedicated the next song to current and former members of the armed forces. He recited the “Pledge Of Allegiance” right before jumping into the rocking “In America.” He inserted “Never put your hands on an Atlanta Falcons fan” during the song.

They played a jazz-infused instrumental called “Black Ice,” which sounded like Allman Brothers mixed with Marshall Tucker. This song was written to showcase all the talented members in the band. They all got chances to solo – especially a killer drum solo by Pat McDonald.

They closed their set out with “Long Haired Country Boy,” an a cappella version of “How Great Thou Art,” sung by Daniels, and the all-time classic “The Devil Went Down To Georgia.”

The hour set was very satisfying, even though he did leave out “The South’s Gonna Do It (Again)” and “Uneasy Rider” (as usual in his sets these days). It’s amazing that Daniels is still performing at such a high level at 79 years old (He’ll turn 80 in October of this year).

Alabama’s famous red band logo hung on the backdrop of the stage. The core members of Alabama (Randy Owen, Jeff Cook and Teddy Gentry) came out on the stage to an eruption from the crowd. They immediately cranked out “If You’re Gonna Play In Texas (You Gotta Have A Fiddle In The Band)” and “Tennessee River” – two staples of Alabama.

During the first part of the set, feedback could be heard over the sound system. The root cause of it was coming from Gentry’s mic and amplifier setup.

As Owen was telling a story about the next song, “Dixieland Delight,” everyone starting sitting down.  Owen noticed this and said, “Don’t sit down, you’re gonna be standing up in a minute.” They played that song with a “Can The Circle Be Unbroken (By And By)” interlude in the middle.

The classic “Song Of The South,” with audience participation, was up next. It was followed by “Southern Drawl” – from Alabama’s newest (2015) album.

Cook got a rare chance to sing lead on Merle Haggard’s “Workin’ Man Blues.” It was their way of paying tribute to the late Haggard, who passed away in April.  Cook is listed as the “lead” guitarist, but he really didn’t play any lead guitar all night long (not even sure if he was playing at all). The brunt of the guitar work came from the two guitarists playing in the background. Maybe Cook’s health has hindered his ability to play the guitar like he used to. (2017 Update: It was revealed Cook has Parkinson’s disease.)

Near the ending of “Born Country,” roadies came out and switched out Gentry’s amplifier – just like a NASCAR pit stop. After that, there were no more problems.

Owen was energetic and humble all night long. He ran up and down the stage. He sang Happy Birthday to a lady in the crowd. He honored his veteran father-in-law. And even brought an older couple backstage when he saw a young man let them have his seat.

Alabama reminisced about their upbringing in Myrtle Beach with the smooth “Dancin’, Shaggin’ On The Boulevard.”  Bassist Gentry even got a chance to sing lead on the song about current technology called “Turn It Off.”

They continued with classic Alabama tunes like “Love In The First Degree,” “Roll On (Eighteen Wheeler)” and, to close the set out, “I’m In A Hurry (And Don’t Know Why).”

They left and quickly came back out for the foot-stompin’ “Mountain Music.”

It was a fun and energetic hour and forty minute set by Alabama. They have plenty left in the tank after taking an extended break years ago. Believe it or not, Alabama is a breath for fresh air in the country music genre these days. Current country has saturated the airwaves, and Alabama brings back the glory days of good classic-sounding country. Hopefully Alabama continues to spread their music so future generations can learn about the legendary band called Alabama.