SNEW could easily go overseas to places where classic-sounding rock is still in high demand. They have the potential be a massive hit – like in a Japan or Brazil. But they choose to stay in the United States and try their hand at conquering the masses here.

In this day and age, radio stations are slowly dying a slow death with all of the automation and cookie-cutter playlists. It’s now time to discover new music through word-of-mouth or social forums. SNEW is the perfect band to give a try. Check them out at SNEWYou.com. 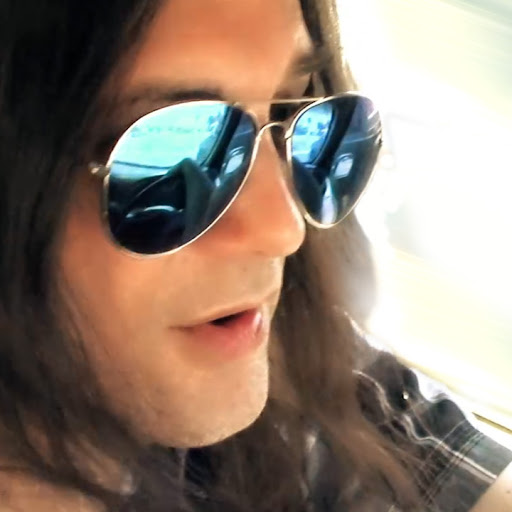 Music Recall Magazine: How was the band formed?

Curtis Don Vito: Jon Leon introduced me to Andy in late 2005. I knew immediately that Andy and I were both going after the same thing and that it would work. Within a day we had our first song “Stand Up High” which is the first track off the first SNEW album “Snew You”. Within a few months we had the rest of the lineup and SNEW was born.

MRM: How much was Ronnie James Dio an influence? Since the “What’s It To Ya” album was dedicated to him.

Don Vito: Dio is certainly a huge influence on everyone who loves hard rock and metal and he had a major impact on me as a vocalist.

The reason we dedicated the album to him was we recorded “What’s It To Ya” at Total Access which was the last place Ronnie James Dio recorded at. He recorded many of his albums there as well. I personally could feel his presence there in a palpable way. When I was recording my vocals I swear I could feel him standing behind me. Not in a spooky “Paranormal Activity” kind of way, it was positive reinforcement, encouragement and inspiration. His spirit was there and we all drew energy from that. It absolutely helped make that album what is became so we had to acknowledge that with a dedication.

MRM: How was it working with the legendary Ken Scott?

Don Vito: Ken is the master. He produced so many of my favorite classic rock albums. When Bobby (Owsinski) our long time producer told me “I think I may be able to get Ken Scott to work with us on the record, do you know who that is?” I was like, are you kidding? The Beatles, David Bowie, Pink Floyd, Elton John, Supertramp, Mahavishnu Orchestra. I’ve been listening to this man my whole life!

Ken is an English Gentleman in that he’s well spoken, polite and refined but at the same time a total rockstar. He knows exactly what he wants and exactly how to get it. He wasn’t overbearing or demanding with us in any way. Mostly what he did was like magic. He’d disappear for a moment, reappear, twist a couple of knobs ever so slightly and we’d have a sound that was unexpected and amazing.

Ken and Bobby worked together as a team to help us craft an album that was at the same time polished and raw. The idea was to bring out the best elements of SNEW as a band and shine the best possible light on each song as a musical expression. The whole experience was a pleasure and an inspiration.

Working with Ken Scott was like graduating from Rock N Roll University. We’ve got our degree and we are part of a very exclusive alumni.

MRM: Do you all regularly play in the historic venues on the Sunset Strip?

Don Vito: We have played most of the legendary LA clubs but we don’t play them very often. For whatever reason, our fan base is further east. We go where the demand is. Plus LA is home for us and it’s far more exciting to go out into the wild. Touring really fires us up. We love hitting the road.

MRM: How was it working with L.A. metal legend Willie Basse?

Don Vito: I’ve known Willie for many years he’s one of my oldest friends. After losing our original bass player we were sorta stuck. We had already begun preproduction on the next album and didn’t know who we were gonna get to play bass.

Ken Scott was onboard, we had most of the album written and we had to find a new bassist? It was an unsettling situation. Whoever we got had to be not only an awesome player but fit the SNEW vibe.

Originally we asked Paul Ill who was all set to do it until he got a call to go on tour with a major artist and therefore couldn’t make the recording schedule. Now what? Then it hit me… Willie Basse. I knew Willie had always fronted his own band and was still very active on the circuit but what the hell I’ll give him a call. Turned out he was a huge SNEW fan and jumped at the chance to record with us.

At first I was just going to ask him to do one or two songs with us but he was so into the idea he wanted to actually join the band. He recorded 8 of the 10 songs on the record (Paul played on the other two, we just couldn’t totally leave him out). Then we did a tour with Willie including Rocklahoma.

Willie’s feel was a perfect fit for us. His attack is so punchy and his groove was so in the SNEW pocket. We are very proud of that album for so many reasons. The stars aligned for us on that one for sure.

MRM: Do you have any interesting facts about the production of the “Pull My Stinger” music video?

Don Vito: We wanted to make an outstanding video for that song. It’s really a stand out track. We had no idea going into it what we wanted to do. I was stumped for an idea. I’m the one who has produced and directed all our videos so it was kinda on me to deliver. But what are we going to do for a song called “Pull My Stinger”?

I started asking friends if they had any ideas and one of them suggested we do something with bees. Bees? Are you kidding? But I thought about it. Hmmm, bees.

So I called a local bee farm Bill’s Bees and asked them if we could shoot a video there and he said “sure come on up.” I said can you provide us with beekeeper suits? “Sure come on up.” We packed everybody up, grabbed some cameras and just went for it.

There were literally millions of bees flying everywhere. It was a little intimidating but Bill told us not to worry, all the bees were female and not aggressive. Just don’t swat at them and they won’t bother you. And they didn’t. Except for me. During that one part in the video where you see the head gear come off my head while I’m singing, one bee got stuck in my hair and I got stung. Right on the very top of my head. The pain was radiating down my whole head but I was in the middle of singing my part so I had to just keep going like nothing had happened. I did my best to play it off like I had meant to have the helmet fly off my head but that was a classic case of wardrobe malfunction and it hurt like a sonofabitch.

After we got all of that filmed I was like, there’s something still missing. I know, a girl! A girl pouring honey all over herself!!! It took weeks to find one who was willing to do it. Everyone we approached thought we were crazy and refused. Then we found Lindsey. She was a model a club owner friend of ours knew.

Let me tell you Lindsey’s a real pro. She said “sure whatever you want” and she pulled it off like it’s the kind of thing she does every day.

We had one gallon of honey we got from Bill, three cameras and one take to get the shot. There were like twenty guys gathered around to watch (I don’t even know where they all came from because there were only half a dozen of us to begin with). Then the moment of truth, I called action and the rest was up to Lindsey. It was a thing of beauty, perfect, everything I could have asked for and more. Watch the video, you’ll see.

MRM: You all are currently independent. But if the right offer came along, are you willing to listen?

Don Vito: I’m always willing to listen. You never want to close any doors in this business.

MRM: You have a very unique singing voice. Do you have a special warm-up routine before a gig?

Don Vito: I usually put on something like Kiss “Alive” or some other great live album and as soon as my heart starts pumping I’m ready.

MRM: How did the crowd react to SNEW at the monster rock festival Rocklahoma?

Don Vito: To our amazement there were so many people there who knew us already. There’s a video on our YouTube page from that weekend and you’ll see lots of em shouting “SNEW, SNEWWWWWW” we were blown away. We got to play two nights Friday and Saturday. Friday was awesome but on Saturday we heard that the word had spread about us all over Rocklahoma and the crowd for us doubled. That concert really put us on the map for so many rock fans. It was the time of our lives. We can’t wait to do it again.

MRM: The jam sessions on the web series “Live From The Snewdio” are great! When can we expect more episodes?

Don Vito: Absolutely. We will begin filming more in the fall. We took some time off to record the new single “Thunderdog” which kicked off the Thunderdog Tour we did in May. We have so much fun doing this show. Bringing in guest musicians to jam with us at our studio is a blast.

Everything is live, no over dubs or fixes we just go for it. We don’t even rehearse up the cover songs we do beforehand. Everyone brushes up on the tunes on their own then when we get together its trial by fire. It’s awesome, it keeps us on our toes and gives us a chance to play with other guys. We love it.

MRM: Any chance SNEW might come to the East Coast?

Don Vito: We played the East Coast once before and we miss it. East Coasters are so different from Westies. You guys are intense in a way like no others. We really have to be on our game for you guys. We’ll be back as soon as we possibly can. Write your congressman tell em you want SNEW at a venue near you. It’s a long drive for us so let em hear you.

MRM: What’s the future of SNEW?

Don Vito: Right now we are working on the next album. The single “Thunderdog” was just a taste of what’s coming up. We hope to have it finished by the end of the year.

MRM: Thank you for the interview! Keep on rocking!