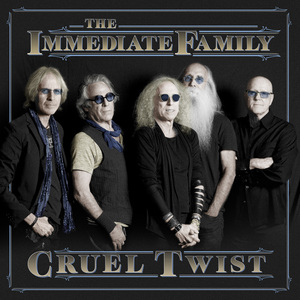 Legendary guitarist, producer and songwriter Waddy Wachtel has worked with many of the same artists as Kortchmar, as well as artists like the Rolling Stones, Keith Richards, Stevie Nicks, Randy Newman, Bryan Ferry and the late Warren Zevon, with whom he co-wrote and produced a number of hit songs including “Werewolves of London,” which The Immediate Family has included in their set list. Wachtel’s production work includes Keith Richards, Bryan Ferry, George Thorogood and The Church, and he has composed numerous scores for feature films.

Leland Sklar has performed in the studio and on tour with Phil Collins, James Taylor, Toto and Billy Cobham, to name a few. Actually, Sklar has the most credits of any of the members of The Immediate Family, having worked on over 2,600 albums.