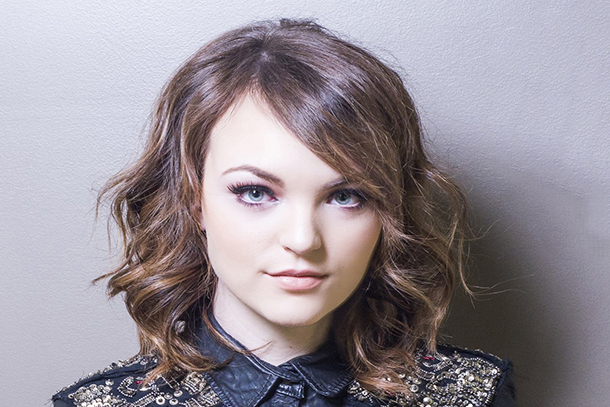 We spoke with Abi Ann after her performance at the Bon Secours Wellness Arena in Greenville, SC. In this interview, we find out her musical mindset and goals in this industry.

MRM: Who are your influences?
Abi: I grew up listening to a lot of country of course, Shania Twain, Keith Urban, and older acts; all of the “outlaws,” I’d say they absolutely inspire me. I’m a big lyricist so strong writers such as Ed Sheeran and Paul McCartney I look up to a tremendous amount.

MRM: Describe your music to people not familiar with it?
Abi: The best way I can think to describe it is country-crossover! It’s modern-day country but I love to draw inspiration from other genres, such as pop and rock.

MRM: What is your song writing process?
Abi: It typically depends on the song itself, if I’m in a co-write it’s rather structured but when I’m writing alone it’s my own little therapy session, typically I write my most emotional tunes in those settings.

MRM: You are a college student…do classmates look at you differently since you are a pop star?
Abi: Thankfully I go to a rather musically inclined university so everyone is understanding!

MRM: How is it juggling your music career and school work?
Abi: It took me a while to figure it out, to be honest. I have accepted the fact that I cannot give 100% to both at the same time, so I tend to do most of my studies when I’m not out on the road.

MRM: Do you have any weird stories from being out on the road?
Abi: Hmmm, this past tour I signed some interesting things! History homework… foreheads, a lot of arms.

MRM: How was it touring with big names like Kelly Clarkson?
Abi: An absolute honor and an incredible learning experience. I’m so grateful to have had the opportunity to watch such talented, hard working, and of course established artists do their thing day in and day out.

MRM: Do you dream of headlining these types of shows in the future?
Abi: Absolutely. I would love to headline my own tour it’d be a dream.

MRM: What music do you have out or coming out in near future?
Abi: So much new music! I took a lot of time this past year to solely write so I have quite the library prepped come 2017.

MRM: Can you speak about how awesome Penatonix is?
Abi: They left me speechless every night! They’re incredibly sweet to their fans and friends alike which is refreshing to see first-hand, and of course their insanely talented it’s amazing to watch.

MRM: How was your show in Greenville, SC on November 15?
Abi: A good time! Like every show, we try to remind the audience we’re all here to act as one and have a giant dance party. I played tons of new music, including some holiday spirit; it was a ball.